Hello!  Me again... look what happens when I take a few days off work to sort things out ....... I seem to live in Blog-Land instead! LOL

I have joined an on-line group who are dedicated (and dare I say slightly addicted) to making paper flowers, and the ones they have been posting are STUNNING!!!!  They have also been very helpful and posted loads of How-To videos, so I thought.. why not!  I didn't have the CD they were using (only cos the postie hasn't delivered it yet!!!!  Shhhh.. I didn't say that!!) but in my rather healthy CD collection I do have the wonderful Little Big Tree Wings and Flowers CD... not used it for ages.. in fact not used it since I bought the new computer.. so not installed...  well.. that was this morning accounted for... finding the CD.. luckily it was in the 4th place I looked, so I didn't give up in a raging temper, but sat and played

(which as an aside is a miracle in itself as I was up till 4 last night cos it was too hot and sticky to sleep, so when the alarm went off at 6.30, I said some very very rude words and have been so crossed eyed all day I can actually see out of my opposite ears!!!!) 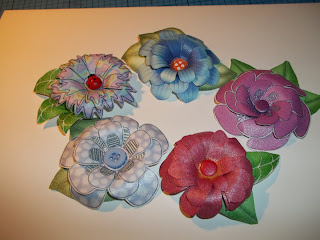 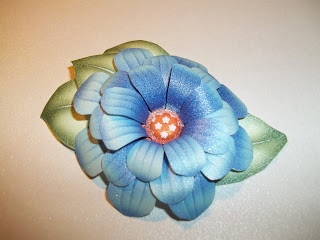 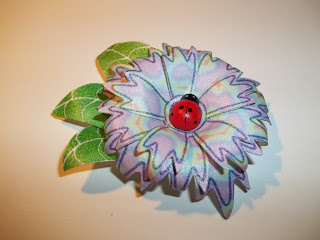 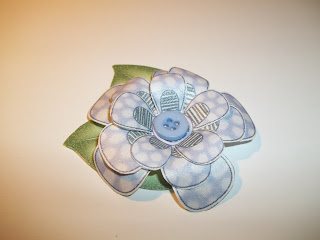 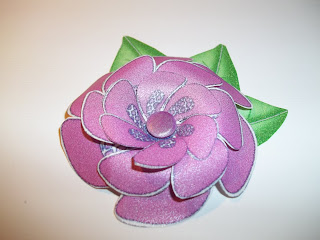 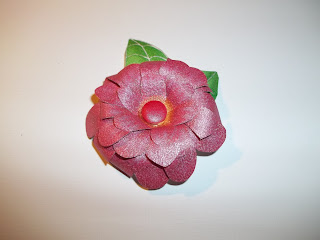 Not bad for my first attempt eh! LOL  And the first one I made, the blue one was made using the kitchen scissors cos I was too sleepy to drag my craft cupboard open to get the snips out!

Please leave a message.. I would love to know what you think of my blog! 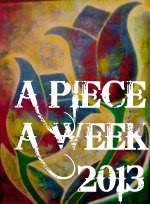 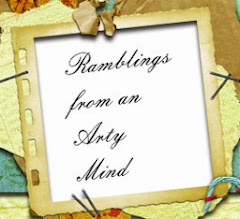 Fun Times at the NEC 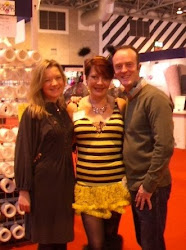